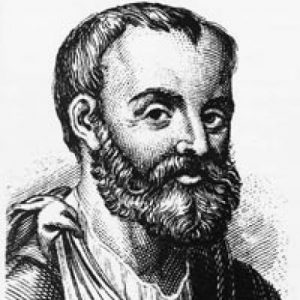 This is an odd question I was asked many times. And every time, I was at a loss to answer! ‘Er, it’s complicated’ is my usual (disappointing, I admit) start to an answer, at which point my interlocutor usually regrets having asked this question and looks for a way out of my confusing account… This is what happens when you don’t do your doctoral thesis on a “normal” author or text. Why can’t everyone write their thesis on Plato, Cicero or Lucan?! Or in that case, Galen the doctor? Galen, not Pseudo-Galen!  Well, when I started looking into a pseudo-Galenic text oddly titled Introductio sive medicus, more than 15 years ago, working on the ‘real Galen’ wouldn’t have saved me anyway: Galen wasn’t really ‘on the map’ and disclosing your field of research was ancient medical texts consigned you immediately in your interlocutors’ minds to a pitiful subcategory of classicist or ancient historian. Oh, those strange looks when people realised you didn’t belong to the happy, reassuring, well-signposted world of canonical texts. Beyond literature. Beyond history. Out of the cosmos. Outcast. Luckily, those days are over. Things have taken a new turn and Galen is now an object of wonder. People like me even find academic jobs!!! But what about Pseudo-Galen? What of him? Her? Them?!

Now for a brief clarification about Pseudo-Galen. There is no such thing as a person named “Pseudo-Galen” or some dodgy impersonator of the great Galen: rather, our evidence for “Pseudo-Galen” is a certain number of (I dare not say a collection, for they were taken in among authentic works rather randomly over time!) texts that were, for a variety of reasons, ascribed to Galen and transmitted in medieval manuscripts and/or early printed books among his genuine works. Now some of those may have been deliberately smuggled among the real works of Galen: in Galen’s own lifetime, as in other periods of history such as the Renaissance or the 19th c. century, Galen’s name was a selling argument. Some fraudsters took advantage of the situation and tried to sell (sometimes successfully) medical forgeries as authentic Galenic texts. Galen himself tells a famous story about it, at the beginning of his bio-bibliographical treatise On my own books. Whatever Galen did to prevent the circulation of fraudulent texts under his name, his efforts came to nought: by the end of the 15th c., about a quarter of “Galenic” texts included in the “complete” works of Galen in Latin (edition by Diomedes Bonardus, Venice, 1490) were notauthentic texts… In the subsequent editions of Galen’s “complete” works, this confusion was only aggravated, partly because pseudo-Galenic texts were often seen as useful for medical students to read anyway.

The situation, complicated as it is (dozens of texts ascribed to Galen are not by him!), is not down to forgers and mavericks only. Chance played its part, and the hazards of transmission and selection in medieval manuscripts have produced monstrous misunderstandings. Also, scribes and scholars often consciously supplemented Galen’s authentic material with additional titles and texts found in the manuscripts, even if they knew they were not authentic. Many shorter texts, with or without an author’s name in manuscript X, were seen as valuable introductory material, to be read in combination with authentic works. A good example of this is the Compendium pulsuum, edited by Charles Daremberg in the 19th c., which is perhaps a work by Rufus; looking for Galen’s introduction to the pulse, which he couldn’t get hold of, a medieval scholar, Burgundio di Pisa, picked this text instead and even translated it into Latin because it was better than nothing!… And then those funny texts have a life of their own: they get translated into Latin, the Latin translation goes through a number of transformations, several versions begin circulating (see the famous De spermate), medieval and Renaissance scholars get confused reading those… not to speak of their 20th and 21st c. counterparts! People continue quoting inauthentic texts as Galenic. This confusion must be ended! But not all problems can be solved, and discussions go on about the authenticity of some Galenic works, such as the Theriac, to Piso. *Crucially, this text has been instrumental (among other data) in revising Galen’s death. But what if it’s in fact *not authentic? …

It would be harsh to say that nothing has been done towards a clarification of what is authentic, and what isn’t in the nebulous Galenic corpus. Fichtner’s Corpus Galenicum is often a good starting point to beginning researching whichever “Galenic” text, authentic or not. See also a tentative bibliography and a few ideas here. But it is great time to address the problem of Pseudo-Galen more broadly and to try and map out the great Galenic corpus, for the sake of modern readers. People who study Plato know perfectly which works are authentic and which are not – why not Galen readers? The conference happening next month at the Warburg Institute will help a bit; further research will be needed.

If you don’t know what to write your PhD about, I have an idea for you: have a Pseudo-Galen! They exist in all sorts of size, colour and… language (Greek, Latin, Arabic, Hebrew… )! 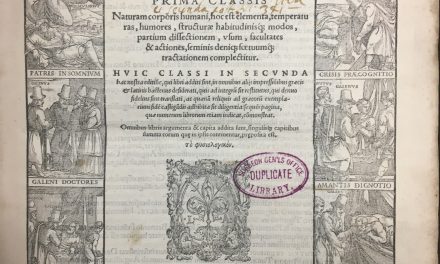 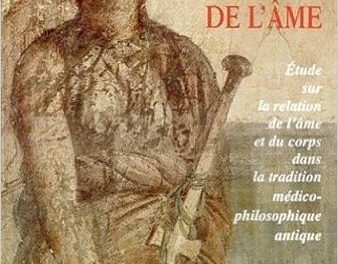